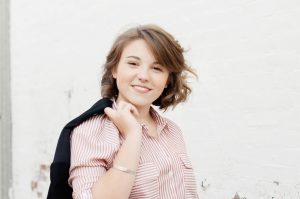 Coshocton, Ohio – This afternoon, Kaitlyn Clark announced her campaign to run for Ohio House Representative District 72 in the upcoming 2020 general election. Clark has officially filed with the state to run as a write-in candidate for the Ohio House. She will be running against Larry Householder as the incumbent primary candidate. Clark believes that it is time for the next generation of leaders to serve their communities. In a time when people are questioning what will happen next, she plans to advocate for her community and listen to their voices.

Clark speaks to her skills and qualities, saying, “I plan to use my understanding of virtual platforms and technology, as well as my boldness, to lead through listening and understand the problems our district faces.” After acknowledging the difficulties of governmental work, Clark says about her campaign, “I believe things can change for the better. We can work together to strengthen our community and build a better future, and that starts today.”

Several candidates have thrown their names in for public consideration, given the recent arrest of current district Representative Larry Householder. Householder was arrested on July 21st, 2020, as a part of a $60 million racketeering and bribery investigation. Then on July 30th, he was removed from his position as Speaker of the House in a unanimous vote. Clark herself has decided to run because she feels that the 72nd district deserves representation that will be consistent and unwavering in advocating for their needs.

While Clark’s name will not physically appear on the ballot, her name can be written in on the ballot as an official write-in candidate. Election Day is Tuesday, November 3rd, 2020. The election for Ohio House Representatives will appear on the general election ballot.

Learn more about Kaitlyn Clark and her campaign by visiting www.clarkforohio.com.